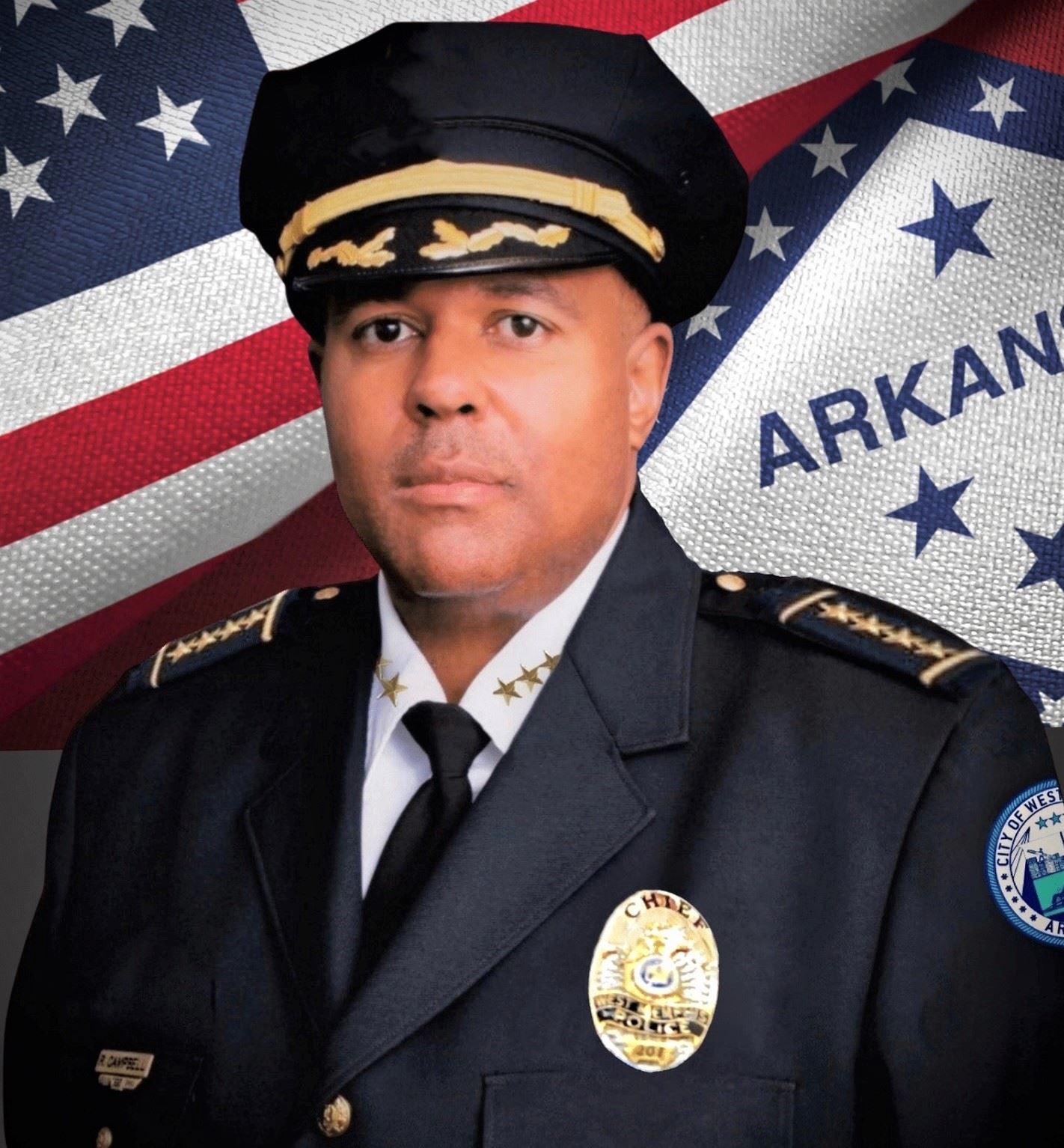 West Memphis Mayor Marco McClendon appointed Lt. Colonel Robbin A. Campbell, Jr. as his new Chief of Police. “I’m pleased that we were able to attract such a dynamic and accomplished law enforcement professional to head our department. Chief Campbell’s depth of experience, history of working with the community and businesses along with a commitment to community policing and safe streets made him the ideal candidate for our department”.

Campbell, a 2018 Graduate of Northwestern University’s School of Police Staff and Command, entered law enforcement in 1991 as a Corrections Officer at the Shelby County Sheriff’s Office.

In 1993, he joined the Memphis Police Department as a Patrolman and began his ascent up the leadership ladder while serving in numerous front-line and supervisory roles along the way.

He began his career at the South Precinct in Uniform Patrol now Raines Station and transferred to the Westwood Coact Unit where he served in Community Policing for five years.

While working in community policing, he created the Black History Knowledge Bowl, coached the Police Athletic League teams, and mentored the kids in the various at-risk programs developed by the Westwood Coact officers.

In 2003, he was promoted to the rank of Sergeant and became a Team Leader of a Task Force. As a sergeant, he also worked in the Auto Theft Bureau and Research and Development Unit.

In 2009 Campbell was promoted to the rank of Lieutenant and placed in charge of the General Assignment Bureau overseeing both felony and misdemeanor offenses supervising a staff of 20 Sergeants. Then, in 2009 he was placed in command at the Union Station, where he supervised a staff of 30 patrolmen.

In 2016 Campbell was promoted to the rank of Major/Shift Commander at the larger Mt. Moriah Station where he supervised two shifts consisting of 6-Lieutenants, GIB Sergeants, 50-Patrolmen, and 6-Task Force officers.

Finally, in 2021, he was promoted to the rank of Lt. Colonel. In that role, he served as the Night Duty Commander for Uniform Patrol District 2 which carried the departmental responsibility of handling police officer shootings, officer misconduct, hostage situations, bomb threats, and civil disturbances among other duties. His final assignment at the MPD was as the Assistant Precinct Commander for the North Main Station. In this role, he was responsible for the daily operations of the station such as planning, evaluating, and managing the necessary complement based on the precinct’s operational plans and the needs of the community.

“My career in law enforcement has prepared me to lead the West Memphis Police Department’ said Campbell, who also studied at Arkansas State University.“I’m looking forward to spending the next few weeks getting to know the people of West Memphis better, the rank-and-file officers that put their lives on the line every day, as well the faith community and business leaders to hear their thoughts on how we can all work together to keep West Memphis safe”, he added.

Chief Campbell received his Bachelor of Arts in Business Administration from LeMoyne-Owen College and is on track to receive his Master’s Degree in Public Administration from Arkansas State University in 2023. He has earned Leadership Certifications from the International Association of Chiefs of Police; FBI-LEEDA Leadership Trilogy; Supervisor, Command and Executive Leadership Institutes, and Northwestern University School of Police Staff and Command. He was recently awarded a Level 3 Leadership Certificate from the Tennessee Association of Chiefs of Police.

He is a proud father of two adults, Jordan, and Amber. 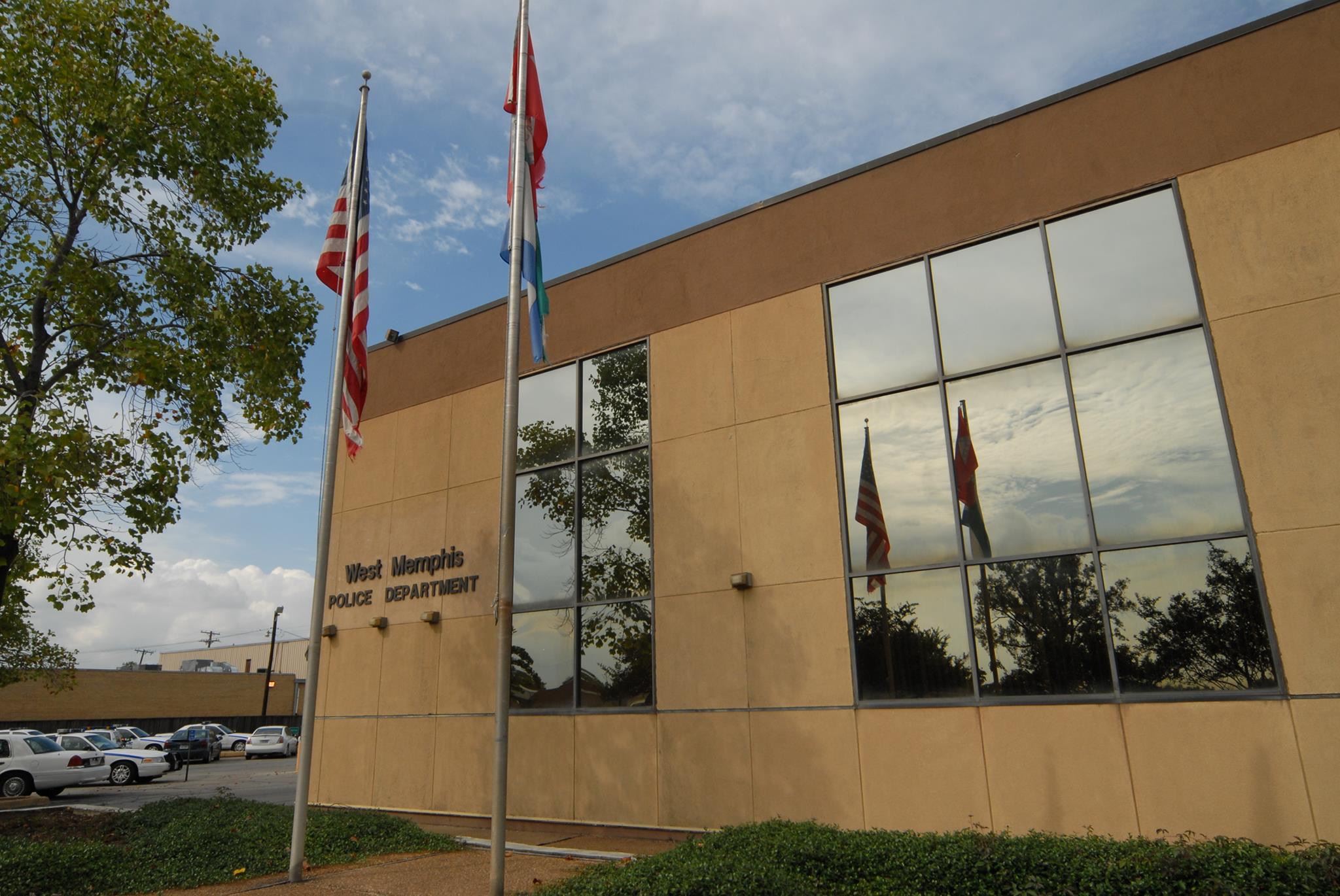 On behalf of all the members of the West Memphis Police Department, I would like to thank you for taking the time to visit our website.

Our number one priority of the men and women who make up your police department is service to the citizens and visitors of our community. Our service is our greatest product offered and we strive every day to make that product the best available anywhere. Each officer and civilian employee is committed to making our community the best place to live, work, and enjoy. We will accomplish this by partnering with our community to provide that service, aid, and protection while aggressively investigating and curtailing crime.

Our officers strive to present the West Memphis Police Department as a model of professionalism and accountability to the citizens and guests of our great City of West Memphis.

The purpose of the West Memphis Police Department is to enhance the quality of life in the City of West Memphis by preventing crime and maintaining public safety through a commitment to excellence in law enforcement for our citizens, and visitors so they will be safe, tourism will flourish, and all will take pride in this great City of West Memphis, AR.

The vision of the West Memphis Police Department is to deliver unparalleled service to our community through proactive community partnerships, problem-solving strategies, innovation, creativity, and adaptability to an ever-changing environment. We will excel at this by employing best practices in policing, accountability, and a participative management style through highly trained and disciplined employees. 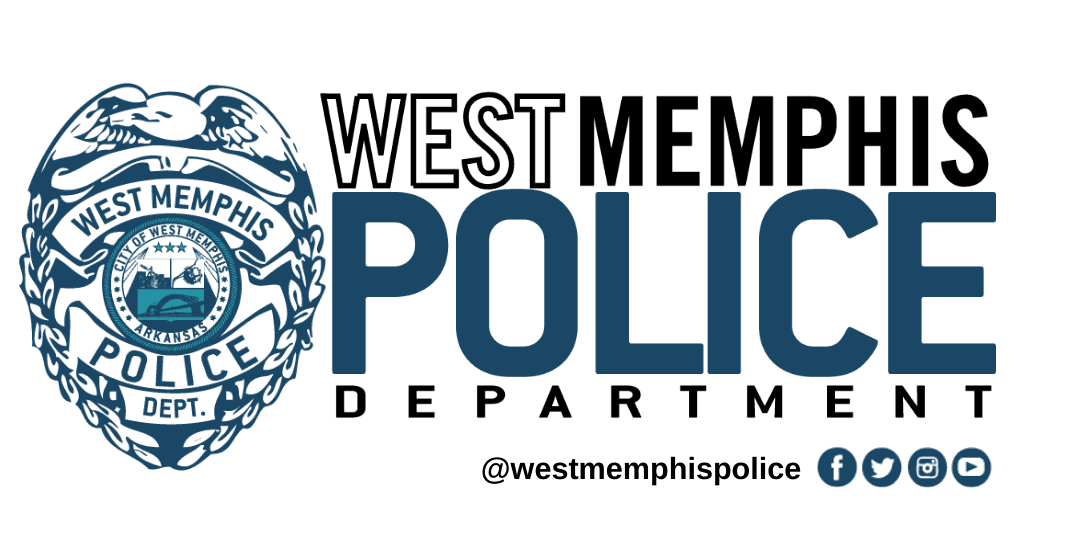