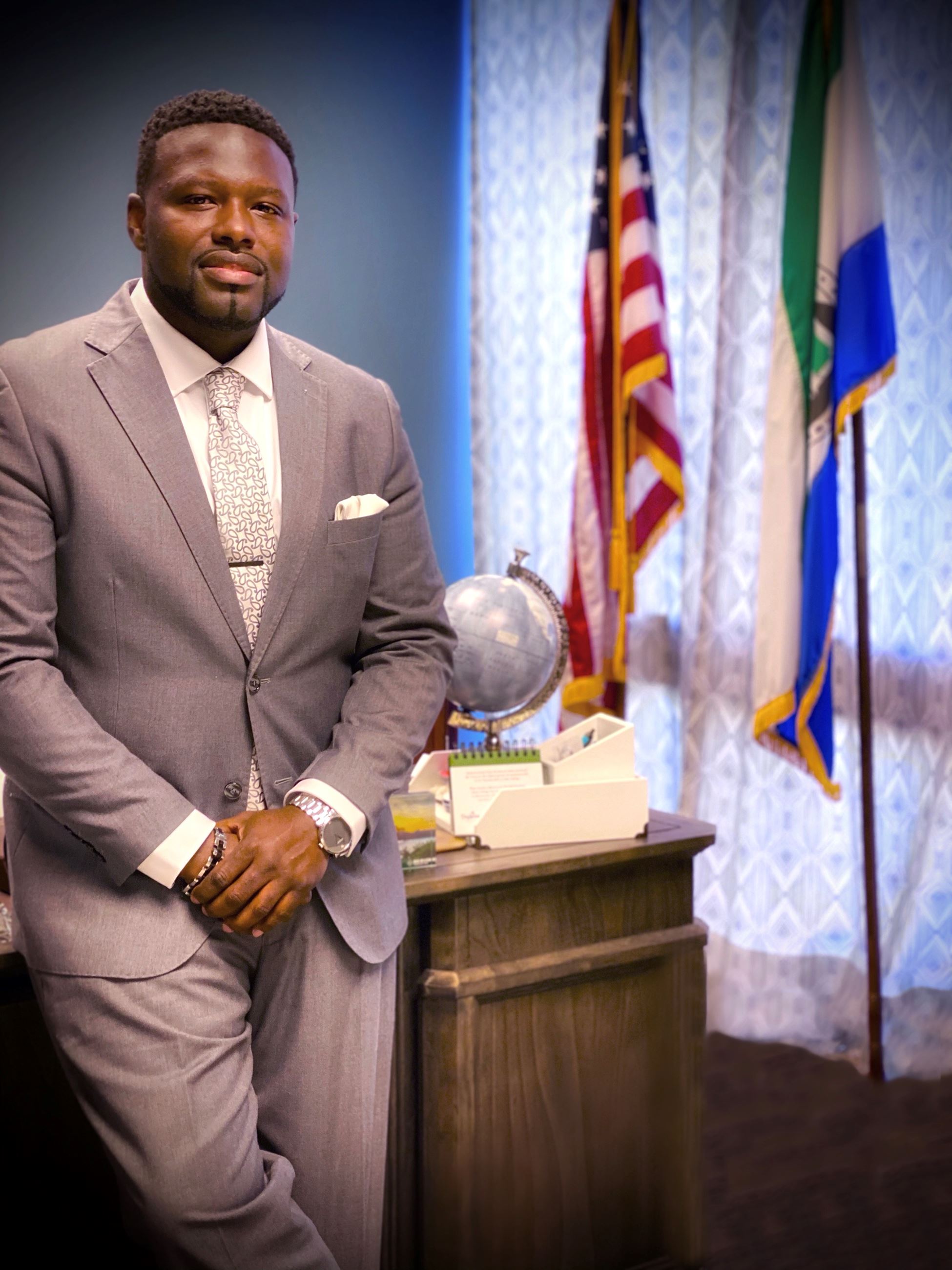 Marco McClendon was born and raised in the city that he loves and serves. On January 1, 2019 he was sworn in as the 13thelected Mayor of the City of West Memphis, Arkansas. McClendon was raised by loving parents who instilled in him and his siblings the importance of giving back to their community. While being educated in the public schools, McClendon began to nurture his desire to make a positive impact on the lives of others.

In 2003 Marco McClendon was elected and became the youngest City Council Member in the state of Arkansas. From the beginning, McClendon’s public service has been fueled by a burning desire to give every citizen of West Memphis access to high performing schools, safe streets, clean neighborhoods, jobs that pay a livable wage, access to healthcare and above all the ability have a solid future in the City of West Memphis. As a councilmember, McClendon championed legislation that led to West Memphis’ first Gun Buy Back Program, the City’s Sky Cop Program and the placement of Resource Officers in every public school, as well as other ordinances that are making a positive impact on the lives of West Memphians.

West Memphians have experienced the remarkable results of Mayor McClendon’s bold vision and strong leadership. During his first year as Mayor, he led the efforts to clean up neighborhoods and the business community, by working with the City Council and property owners to eradicate unsafe and dilapidated structures. He ushered in the largest investment in public facilities in decades. As a result, the citizens will now enjoy the benefits of impressive new city parks, public safety facilities including both police and fire protection, a new municipal justice complex, as well as a new state-of-the-art Public Library Innovation Center. The Mayor’s leadership made an impact on the private sector as well during his first year. This resulted in the announcement of over 1200 new jobs in the hospitality, retail and manufacturing sectors. The total investment in both public and private facilities during the Mayor’s first year in office topped over half a billion dollars. All of this was accomplished without growing city government, and without raising any taxes on the citizens of West Memphis.

Mayor McClendon has also reimagined how city government responds to the needs of the residents of West Memphis. His administration has improved how residents can access what’s occurring at city hall in this digital age by updating the televised city council session, and by ushered in a more robust utilization of the city’s social media platforms. Additionally, the Mayor has appointed staff to work directly with the business community, faith community and citizenry at large to accelerate constituency services. His values are shaped by a commitment to access, responsiveness, fairness, opportunity and dignity for all citizens.

The Mayor is an alum of both West Memphis High School, and Arkansas State University-Mid South. He is the proud father of 4 amazing children.